© 2014 IntroInto.com.au
Outboard Motors: Tips for Picking the Right One for Your Boat
Intro Into Basic 4x4 Vehicle Protection

A global market leader in flashlights, headlamps, camping, and bike lights was founded in 2004 and changed the future of high-quality outdoor lighting. This flashlight manufacturer is Fenix Limited, more commonly known simply as Fenix. A year after the birth of the brand it won a “Flashlight of the Year” award. And in the years that followed, Fenix innovated and created new products that were better than their predecessors and overall competition. This brought them several different awards and got their torches on the front pages of popular magazines and websites. The same can be said for their tactical series flashlights, the PD 35 which have had an amazing journey too. 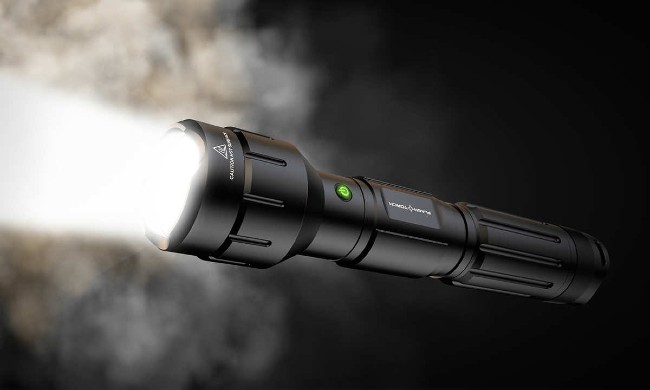 History of the PD35 Series Flashlights

The PD35 flashlight series has always been setting itself apart from the rest of the Fenix torches. Since the release of the first PD35 flashlight in 2013, these tactical torches have been reigning their supremacy over the competition. While the PD35 series started a little on the humble side, it soon became a line of industry-leading products. Investing in a Fenix PD35 flashlight means getting unmatched durability and ergonomic design along with high lumen outputs.

With these rechargeable torches you’ll never run out of light as you can simply plug them in your car or use a portable USB bank to charge them. The Fenix PD 35 series is made with one thing in mind, to provide excellent illumination with no sacrifice whatsoever. This may have taken some time to be achieved but in 2015 this became reality. With a 1000 lm, 200 m of visibility and an option for three tactical programmable modes made the PD35 TAC pave the way for future torches.

The future of Fenix tactical flashlights seemed bright and it indeed was. With the introduction of the PD35 V2 in 2018, the model was praised by many as the new best EDC flashlight. Despite it having the same 1000 lm as its then 3-year-old predecessor, this model had a neat feature in plain sight. The side switch with an LED level indicator and upgraded body were there to make it more convenient and durable than ever. Although to this day nothing can seem to top the V2 Fenix, the company has still been able to make some quality torches with new features to make your nighttime adventures safe, and one of those is the TAC. Let’s see how both these flashlights compare. 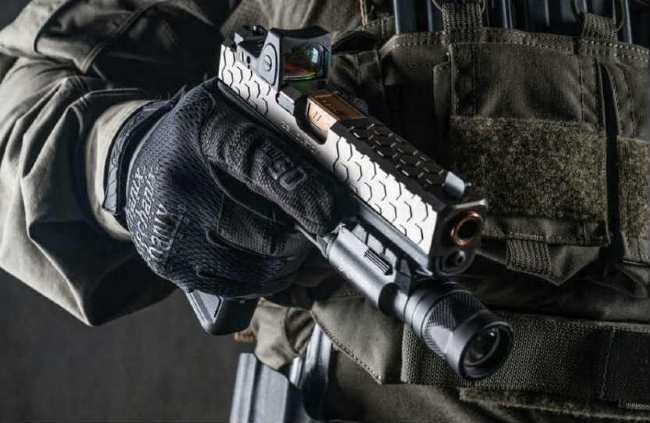 The first truly tactical edition of Fenix’s PD35 series uses a rechargeable 18650 Li-ion battery to power the 1000 lm capable CREE XP-L LED light. The lifespan of the light can last around 50,000 hours and the TAC can work for 140 hours straight from one charge. The PD35 TAC has 6 lighting levels turbo, high, mid, low, eco, and strobe.

The 137 mm long and 89 g heavy torch that is the TAC comes with a removable pocket clip, lanyard, holster, spare switch cover, and spare o-rings. You can’t go wrong with the TAC as it has a low-voltage reminder that tells you when the battery needs to be replaced. It also has reverse polarity protection and an intelligent memory circuit which allows the torch to remember the last used mode. This way when you turn on the TAC you can just continue with the same mode without having to use the switch to cycle through every single one. 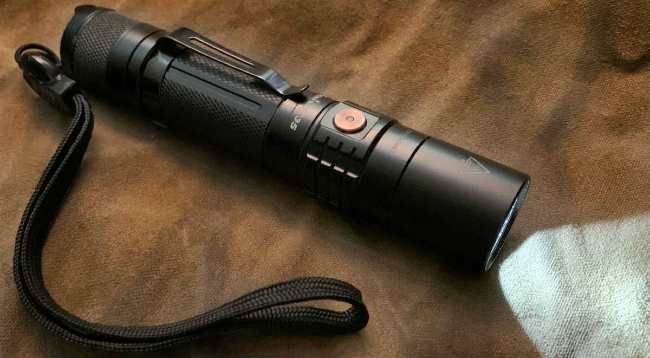 The upgraded version of the PD35 U2, the PD35 V2 is also capable of producing a maximum of 1000 lm and it weighs the same as the TAC. Coming in at 88 g this tactical Fenix PD35 torch also has the same six different lighting levels but unlike the TAC, it’s IP68 rated. This allows it to be submersible up to 2m and it gives it an impact resistance of 1 m. The PD35 V2 is capable of functioning for 430 hours without a break and it has a maximum beam intensity of 15,600 cd.

This 138 mm long Fenix PD35 flashlight has a 250 m throw and a toughened ultra-clear glass lens that comes with an anti-reflecting coating. The 6061 oxidation-resistant aluminium makes it long-lasting and highly tensile. The type III hard-anodized, anti-abrasive finish helps prevent scratches from forming on the PD35 V2. Unlike the TAC, the V2 has an automatic battery level indicator that lets you know the current state of its battery level.

For the price point at which they come and the number of lumens they offer, Fenix flashlights are deemed as good quality flashlights. Despite being manufactured in China, which has a bad rep when it comes to any product really. If we’re talking about high-quality torches, Fenix PD35 flashlights easily fall in that category.