Intro Into Brake Rotors: What You Need to Know

Are your brake rotors due for replacement? Feeling confused about how to best approach this project? You’re not the only one. The average car owner has little to no knowledge when it comes to the workings of their braking system. All they know is that they need to press the brake pedal and the car slows down and comes to an eventual stop. But how does it all happen? Essentially, the brakes slow the rotation of your wheels by converting kinetic energy into thermal energy, which produces heat. 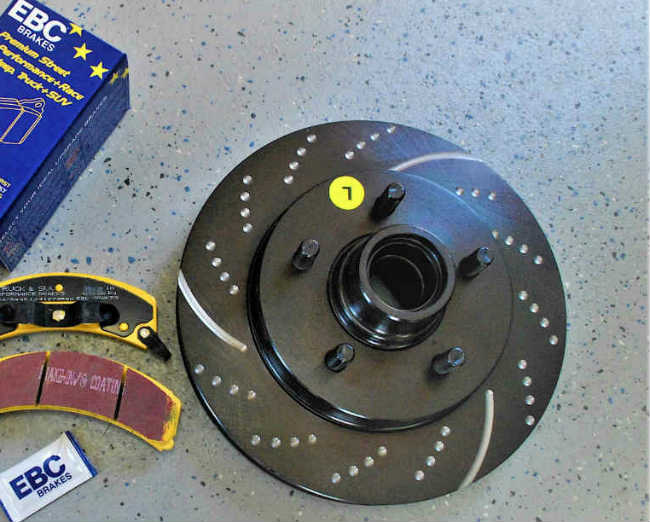 That being said, you want to get braking system parts that are efficient in converting energy and dealing with heat. Your tyres play little to no role in the braking process, but of course, they’re extremely important for maintaining grip on the pavement, which is indirectly correlated to ensuring your vehicle stops. Before upgrading your brakes, there are a few important factors to consider, namely: your driving style, intended use and budget.

Most stock brake systems are designed for competent stopping when hot or cold, and noiseless operation. In most cases, these parts aren’t intended for repetitive stops that deal with large amounts of kinetic energy and severe use. This doesn’t necessarily mean that you must get a six-piston brake calliper setup along with two-piece rotors. There’s a good chance that performance EBC rotors that won’t break your bank will do the job more than well enough to ensure your vehicle has sufficient stopping power.

The brake rotor, or disc, is the surface that comes in contact by the brake pads. When you press the brake pedal, you get abrasive friction for the most part during lower temperature braking. This is the friction caused by the braking pads rubbing on the surface of the rotor. When temperatures rise, however, adherent fiction comes into play, which is a process where a thin layer of the brake-pad material is transferred onto the rotor’s surface. 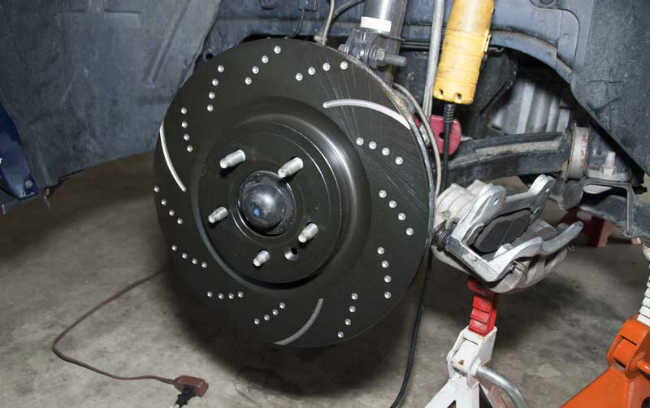 This layer of braking pad material rubs on the brake pad. Every type of friction converts kinetic energy into thermal energy. Abrasive friction, as you can probably guess, wears the rotors down physically considerably quicker than adherent friction. However, adherent friction is tougher on the rotors thermally, leading to heat cracking.

Most rotors are comprised of a few grades of cast iron, which is known for its stable heat properties, making it a great choice for manufacturing rotors. The only downside is that it’s heavy, which has forced brake rotor manufacturers to switch to lighter materials, such as aluminium, titanium, carbon/carbon, carbon/ceramic and lighter steel. Even among the same brake rotor materials, there are quite a few configurations, either custom-tailored or off-the-shelf.

Since rotors get the majority of thermal energy, it’s important that they’re capable of controlling it effectively. This is where vented rotors come into play. These rotors have the ability to internally cool themselves through the passages that work similarly to an impeller. When they spin, the air is pulled through the centre and is then evacuated through the outer side of the rotor. The downside to this is the radiant heat it releases around it.

However, such rotors should be the main choice for performance brake systems. This is due to the fact that solid rotors have to rely solely on ambient air for temperature control, whereas vented rotors constantly move air through them to control heat. Basically, the more air moves through the rotor or across its surface, the better the cooling ability. Some street and race cars can benefit off of the extensive use of brake-cooling ducts to get cool air into the rotor eye or rotor surface. This can lower the temperature for a few hundred degrees, allowing the entire braking system to perform better. 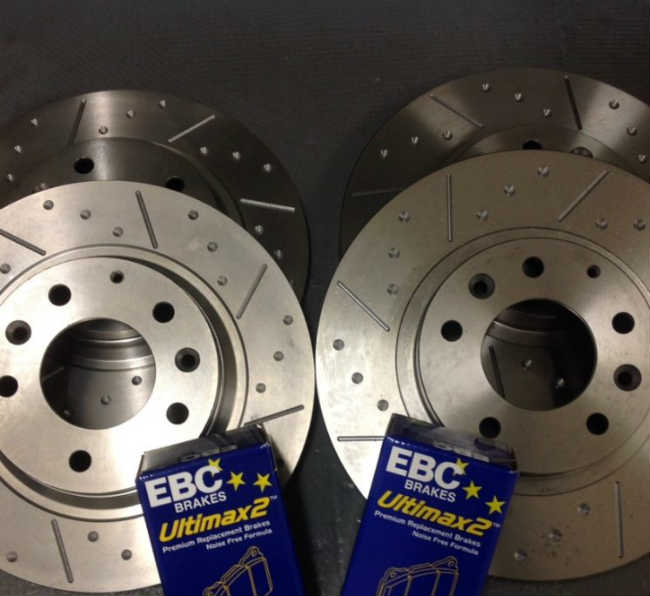 There are also one-piece rotors that are cast with a hat, which is the area the unit is mounted to the hub on. Almost all street cars feature these, and they’re adequate for performance braking. However, they are prone to warping due to thermal expansion. This is due to the fact that metal grows when heated, and the diameter of cast-iron rotors can grow as much as 2mm. But not all one-piece rotors do this. Many high-end rotors, like EBC rotors, feature a design that’s less susceptible to warping, making them as effective at preventing distortion as two-piece rotors.

Another downside to one-piece rotors is their weight. Since they’re made of single-piece metals, there’s no weight saving with the rotor hat. However, this isn’t a concern for vehicles that won’t be seeing serious track time, where you want the best performance and where every last gram counts.

On the bright side, these rotors are easy to manufacture and are affordable. Brands like EBC, Master Power Brakes, Stoptech, Brembo, etc, make inexpensive replacement rotors for every type of vehicle, providing great performance on a budget. Each rotor has distinct features, such as slotted, cross-drilled and other ventilation designs.