You’ve spent weeks and months pouring all your attention, time, dedication and money to get the perfect garden. Flowering plants here, veggies there, but an uninvited guest keeps coming to the party, ready to ruin the show. Weeds are unsightly impostors, that not only look horrible but sprout among your most prized plants, battling with them for turf. If not timely removed, you can say goodbye to your garden. Thankfully, gardeners don’t sit on their laurels and are equipped with things that do away with weeds, for the time being at least, or completely eradicate them. Simple, but temporary solutions include using specially formulated chemical sprays or herbicides that are sprayed on weeds through nozzle pump bottles. The downsides are you need to be especially careful not to get any of the solution on surrounding plants since they too will die out. 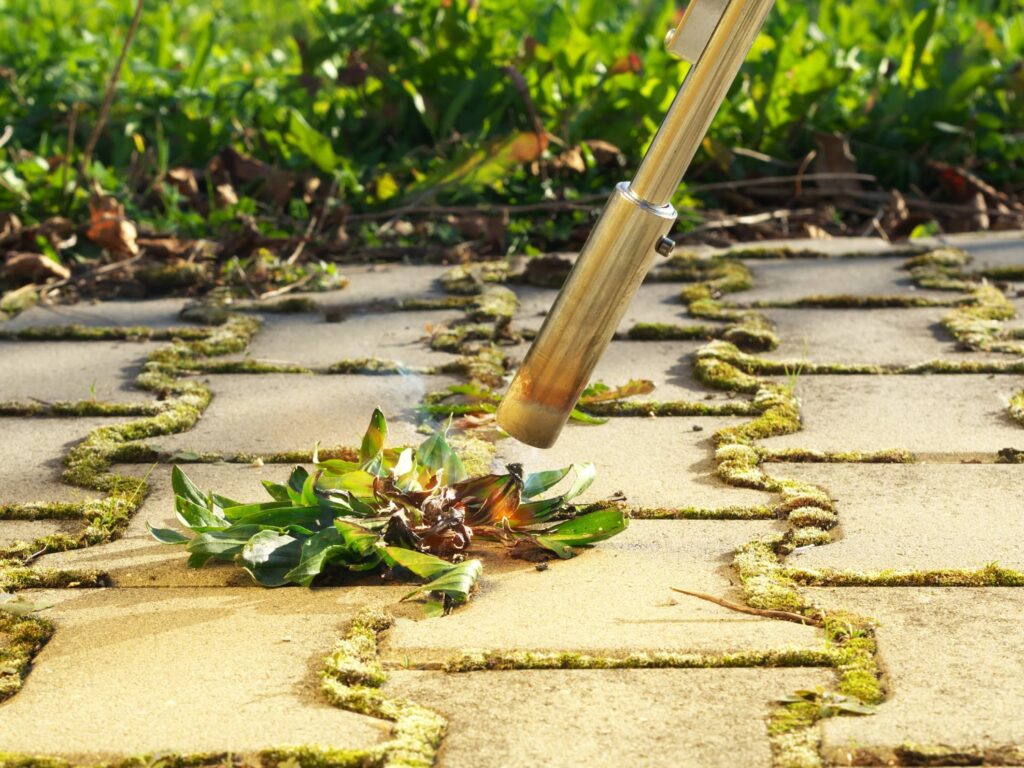 A tough task considering all the places weeds pop up. You can also go for homemade weed killers, like vinegar or salt solutions dissolved in water. These too will prove effective for the shorter period, but also need care when used. Gardeners have starved weeds using anything from layers of bark mulch to covering weeds with newspapers.

For the best weed removal, you’ll need something tough. Trimmers or whipper-snippers and weed torches are the most effective here, especially for perennial weeds that just keep on giving. Trimmers come in all forms, from small electrical variants to large petrol-gulping whipper snippers that will cut almost anything. The downside to using trimmers for weeds is that they just cut the leaves and parts of the stem, while remnants will sprout back in a few days’ time. Sure, they’ll get your garden, lawn or driveway looking snappy, but only for a short while. 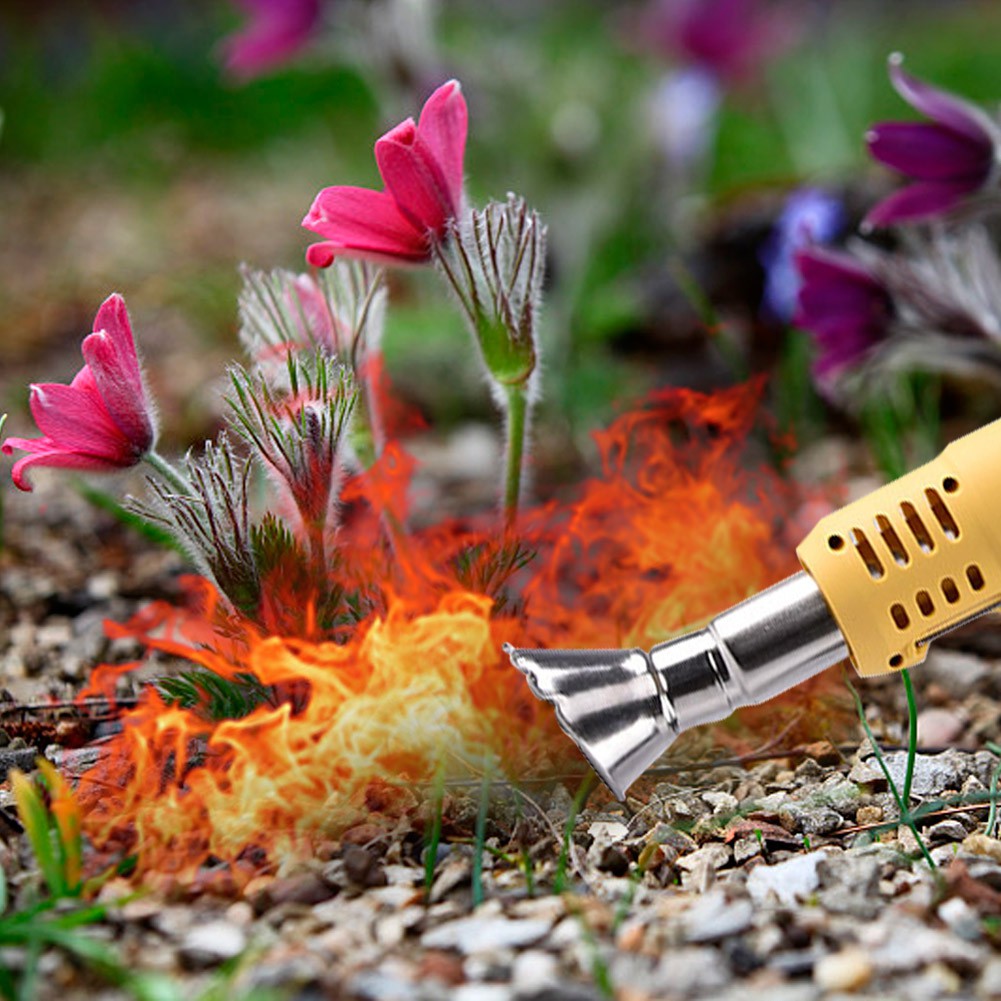 Weed torches, on the other hand, are more effective for the job. They heat the weeds’ cells just enough to make them burst. This kills off the stem, meaning they’re starved from nutrients and can’t absorb water. Torching weeds with a burner will completely remove annual weeds, and decimate perennial weeds that are a bit more stubborn.

Electric weed torches are relatively new to the market and not many of them are out there yet. They feed off the grid, unlike cordless trimmers for instance, meaning there are cables. Electric torches have two temperature settings, roughly around 60°C and 600°C, for light singeing or burning. They do require some patience, as more time is spent over the weeds. You get so-so results, but maybe enough if you’ve got a smaller garden or lawn.

Better results are achieved by gas weed torches, since the flame is readily available. Weed torches have been around for some time, though with a few modern tweaks they’ve come back in use. Torches burn weeds by way of ignited gas that makes its way from a cylinder or tank, through a long metal tube to a cylindrical flaming tip. Smaller torches use refillable butane camping canisters sold cheaply at any hardware or camping store. They’re cheap to buy, though the small canisters won’t last long. Butane torches are slow and don’t achieve high temperatures, so they are best suited for low-key weeding in smaller plots. However, they’ll give you better results than most trimmers or pesticides.

Larger torches running on propane have all the bells and whistles, though are somewhat more expensive. They have large propane tanks with industrial-grade hoses and longer steel shaft tubes. They also have knobs that adjust the flame and gas pressure, meaning they reach higher temperatures that last longer than butane canisters. This gives propane torches longer operation, roughly an hour, enough to get all those pesky weeds out. Most also have their own ignition switch to ease operation. An additional feature is the interchangeable burner heads. You can go for burners with a smaller diameter for the tight stuff, or bigger burners and dual burners that get the job done faster. Propane torches are more suitable for larger gardens, lawns, or driveways with more weeds around.

How to Use Weed Torches

Torching weeds is relatively easy, something you’ll get used to as time passes. To use propane torches, connect the torch and the propane tank with the gas hose, and ensure there are no leaks. Open the valves on the tank and the torch, and press the igniter switch. You’ll see gas burning through the burner tip. Adjust the gas pressure on the knob and pull the trigger handle to get a burst of concentrated flame. Hold the torch above the weeds and burn them for a few seconds until they turn dark. For tight cracks in driveways or along edges, quick back and forth movements will do. Repeat the process in a couple of days to ensure that the weeds are dead. For the best results, it’s best to get weeds just as they’re emerging, in late spring or early summer.

Using torches is an effective method in weed removal. Annual weeds die out after a few days, while perennial weeds need a little more attention. Weed torches are easy on the soil since no chemicals are used. Your pets will also be thankful. Torches are quick and easy to set up and use, meaning no bending, snipping, or pulling stubborn weeds. And torches will find other uses, both around the house or the campsite. Most can be purchased online from general hardware stores and stores stocking gas supplies.